Sights in your mobile phone

Sightseeing have never been easier

We are happy to announce that we participated on Key To Sights project which was initiated by the Ministry of Culture and the National Heritage Institute. Thanks to well-arranged web portal and mobile application you can find everything what you need to know about Czech sights and plan your trip accordingly.

Key to Sights offers every 6th entry for free to loyal visitors. There is a lot of information about services and cultural events taking place on the sight. And as a bonus it also makes special offers to schools.

Our Project for the Best Egovernment 2014 Competition

Our project for the Development of eGovernment Services – Statutory City of Chomutov came in 10th best in the Best Egovernment 2014 competition.

The following are some of its most important benefits:

The results of this year’s Best Egovernment 2014 competition were announced on November 24, 2014 in the Municipal House in Prague. The competition included the most interesting e-government projects completed in the past year.

On Thursday, June 26, 2014, there was a broadcast on Czech Television, which complimented our data linkage project for the City Brno that helps rescue workers with the targeted delivery of patients to hospitals. As a result, there will rarely be a situation in which paramedics don’t have an appropriate drop-off location for a new patient.

This data link replaces the need for emergency service personnel to have to make lengthy phone calls to find the right drop-off location for a patient. Instead all of the communication is done electronically with the receiving medical facility. The system makes possible a flawless, standardized and direct means of communication between ambulances and receiving hospitals.

The interview was aired on June 26, 2014 on the ČT1 show “Regional Events” (Události v regionech).
The interview was conducted with the Head Physician Martin Doleček, who described how the system worked and their contributions to its design. There was strong support for the ability of similar systems to be installed in other locations.

Additional information on this Emergency Patient Dispatch system, which is part of the Data Link solution, can be found HERE.

In a planning phase for the past year, the plan to start the eradication of the hogweed infestation in the Karlovy Vary Region is about to start. In early August, dozens of cutting crews, from seven selected companies, will spread out to begin their mission – to eradicate this rapidly spreading invasive plant wherever found. Experts have mapped and identified target locations. A full article on this project, as found in the iDnes newspaper, can be found here.

The infestation mapping has been done using the IS HERACLEUM information system, which was specially created for the project by experts from T-SOFT. This specialized software was developed for use by the wide range of different types of personnel who will be involved in the eradication of hogweed and other invasive plants – including project manager and individual work crews. The system includes a database of mapped locations where the invasive plants have been identified. It can be accessed from mobile worksites as well as a portal for the public and a mapping feature to track important data such as the plotting of concentrations of the respective plant species, the boundaries of the individual territories, borders protection zones, etc.

The IS HERACLEUM software was developed to help in the tracking and elimination of invasive plant species through the Karlovy Vary Region. An assessment of its ability to help solve the problem of invasive plant species will take place after the planned four-year period of the current project. Next week the real work starts with the beginning of the “eradication” phase.

The workshop “Limitation of Spreading of Invasive Plants in Karlovy Vary Region” was held through 5th and 6th June in Karlovy Vary (Carlsbad). The workshop involved presence of many experts who engages in the issues regarding invasive plants. Besides other presentations from the field of plant protection and practical experiences from similar smaller projects the participants were presented our information system “Heracleum”. This system was developed in order to enable information support for all processes and executive jobs starting with mapping of invasive plants occurrence through notification of owners in the afflicted area to management of elimination jobs and assessment of the elimination effectiveness.

The project itself covers 60 square kilometers of the afflicted area which is divided into 14 localities within the whole region and which is owned by 5.000 different owners. This project is unique not only within the Czech Republic but also within the European Union. It can serve as an example of the project which can be offered by CR to the EU as a model of solution on how to deal with the invasive plants problem, esp. when this issue is rising in many of the EU countries.

T-SOFT hosted specialized workshop for the research project No. VG2010201403 – ROCK – “Information expert system for early warning and notification as a result of the rock avalanche risk analysis”

The workshop was attended by representatives of the local administration, Integrated Emergency System, National Park České Švýcarsko and Ministry of Interior. The goal of the workshop was to inform attendants with the situation in the locality Hřensko, methodology and means of measuring of the rock massif movement including design of the information system which is currently being developer. 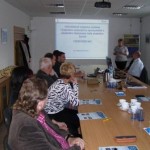 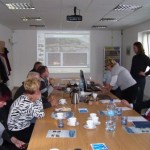 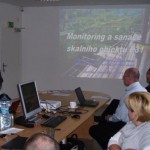 Sorry, this entry is only available in Czech.